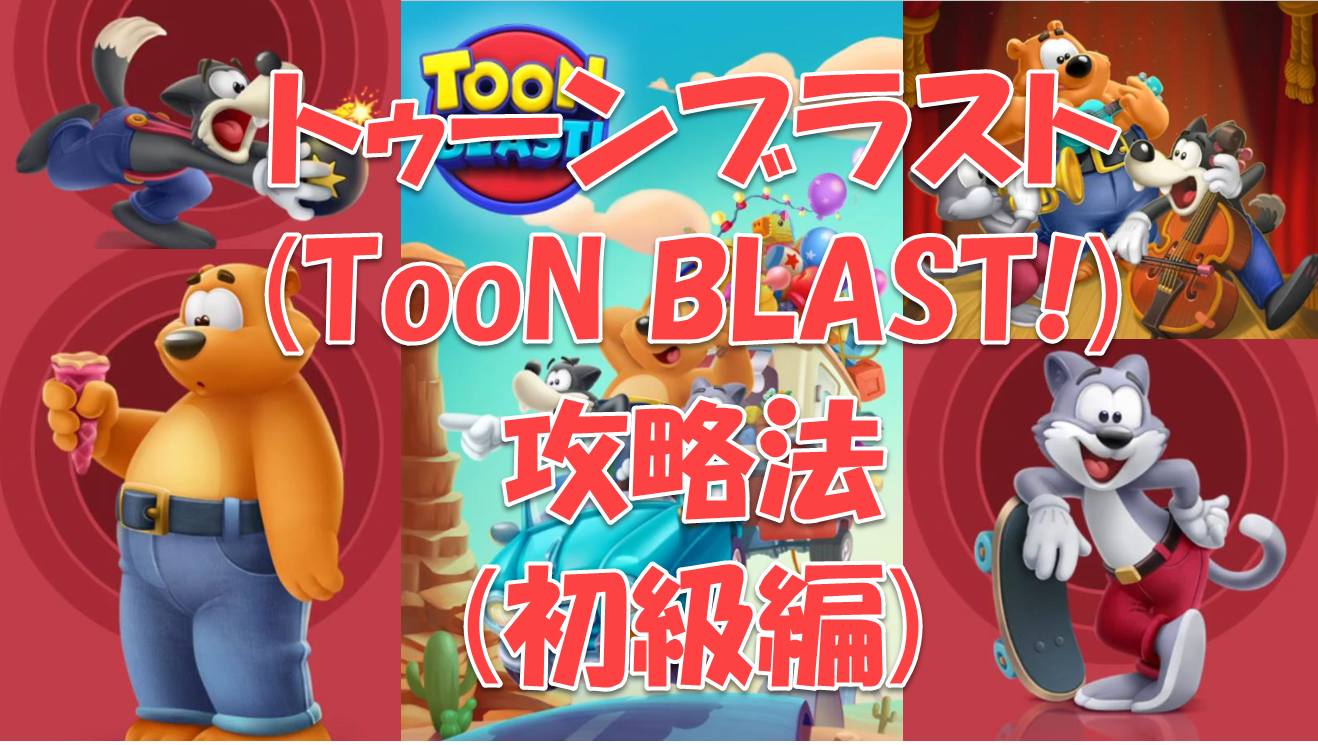 TooN BLAST!) I tried to summarize the strategy of.

First of all, from the beginner edition.

Let's be part of the team

However, the team has a 50-member number. Some teams also limit their level.

When you're on a team, you'll benefit from:

There are no disadvantages. When you reach level 20, you'll be on the team. You'll have more life and more coins if you take part in team tournaments on weekends.

Please note that japanese is not available for names when you belong to a team or team.

By the way, my team is "Life Helpers".

There are many names, so you can look for it in "Search", and the leader will be the team with "15daifuku" co-leader as "kiragen".

The capacity is always at the last minute, so please join as soon as possible(^^)

Of the first, roughly toon blast up to about 300 levels (TooN BLAST!) is not that difficult. You can clear enough without coins or boosters.

Earn as many coins and boosters as possible to prepare for the difficult levels of the second half.

How to save coins

For more information on each, see TooN BLAST!) Event List .

The use of the coin is

are. There is a feeling that it became difficult to accumulate after upgrading this coin. It is recommended to save the first half as much as possible without using it.

In the second half, there are many scenes where you want to buy 5 turns for 100 coins.

How to store boosters

Boosters can also be earned in Cube Thief, Sky Mission, Champion League, Star Tournament, Team Tournament, and more. In particular, the more you complete the level of "Cube Thief" and "Sky Mission", the more boosters you will get.

However, there are times when hammers can be used 15 minutes, once on one level, without consumption, so let's use them at that time (although I often forget to use them (^^;

You can accumulate 5 life in the upper left and 14 in the lower side, for a total of 19.

The life in the upper left is saved once in 30 minutes. If you belong to the team, you can save a total of 5 lives if other people on the team "help" by pressing the "Ask for life" button.

You can press the "Ask me for life" button every four hours, so if you use it, life will not be exhausted.

In addition, you can not save more if the life on the lower side is usually 10 or more, but if it is 9 pieces, you will be able to press "Ask for life" of "Chat".

Now you can save max19 this life with 5 tops and 14 bottoms.

When I can't advance even if I consume a total of 15 pieces of 5 on top and 10 at the bottom, I make it a break time once. Then, after 4 hours, I press "Ask for life" and play a game while making life 19 pieces.

Learn how to make combos

It is a combo to use a combination of boosters.

It is effective when you want to aim at a distant place and inflict damage.

Rockets can be made of 5 cubes, so it is an easy-to-use combo in the early stages. 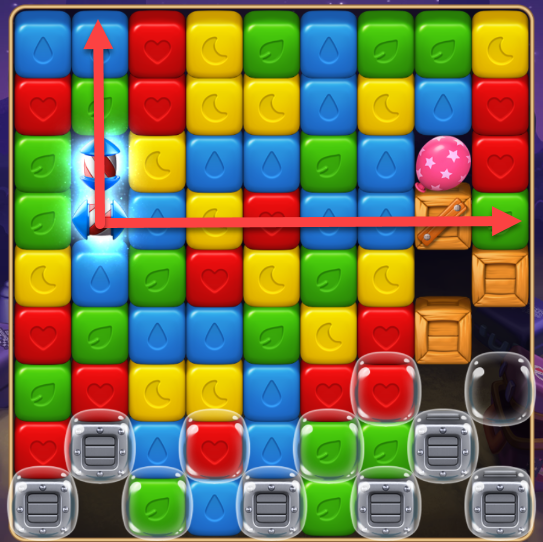 Personally, it is the most used in the early stages.

Three rockets fly in two directions, so you can aim and hit. 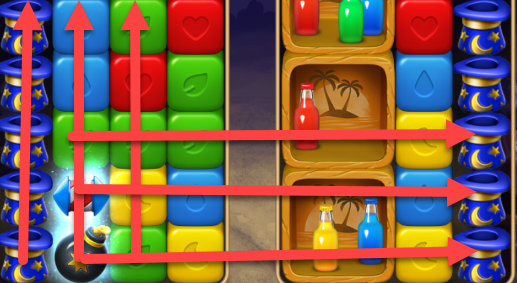 Deals 1 damage for a radius of 4 cubes from where you tap.

Effective when you want to erase a wide area at once. 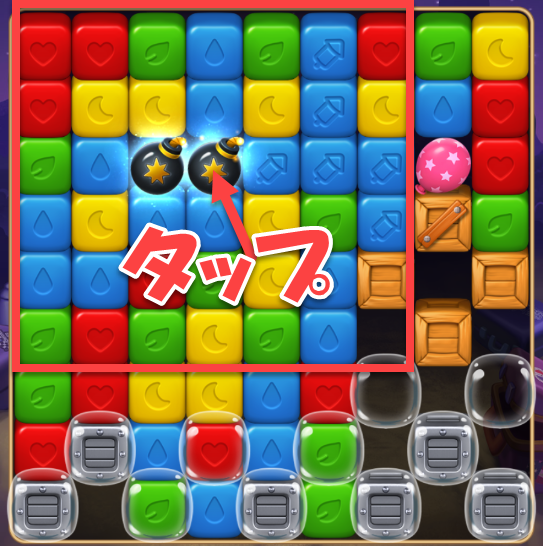 On the screen, the red frame is 1 damage (the top of the screen is 3 cubes).

The mirror ball-colored cube becomes a rocket in a random direction and flies.

There is a luck element, but even an obstacle that can not be broken at a time can be hit several times by a rocket and pave the way. Personally, it is the most common combo. 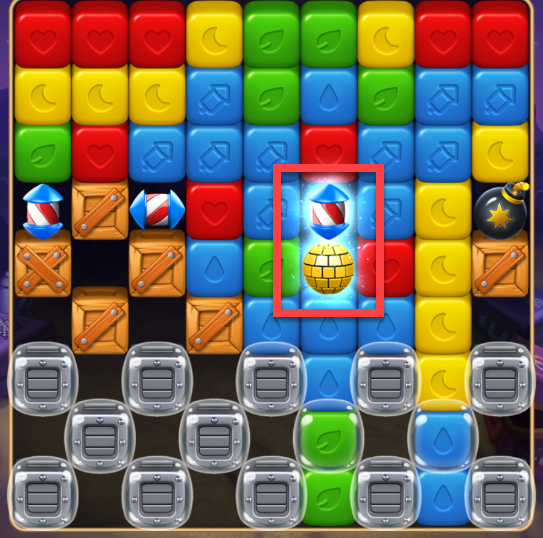 The mirror ball colored cube becomes a bomb and explodes.

Because it is a combo that is easy to read ahead, it is often used at the end. 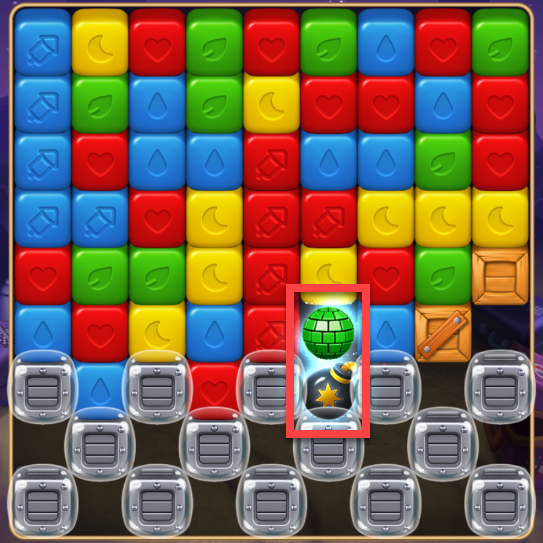 Damage cubes and obstacles once.

Depending on the level, you can often complete it with this combo one shot. 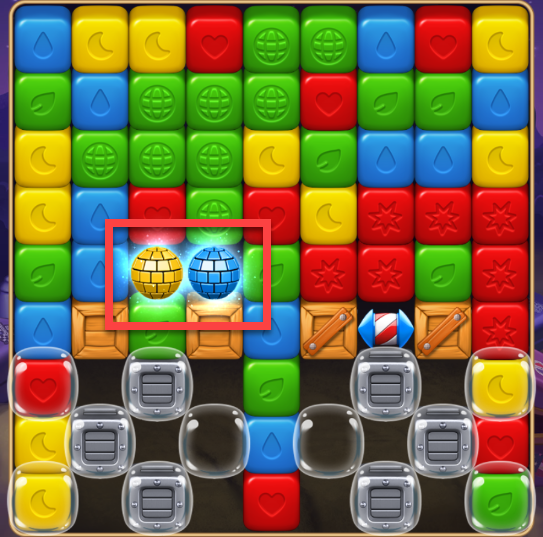